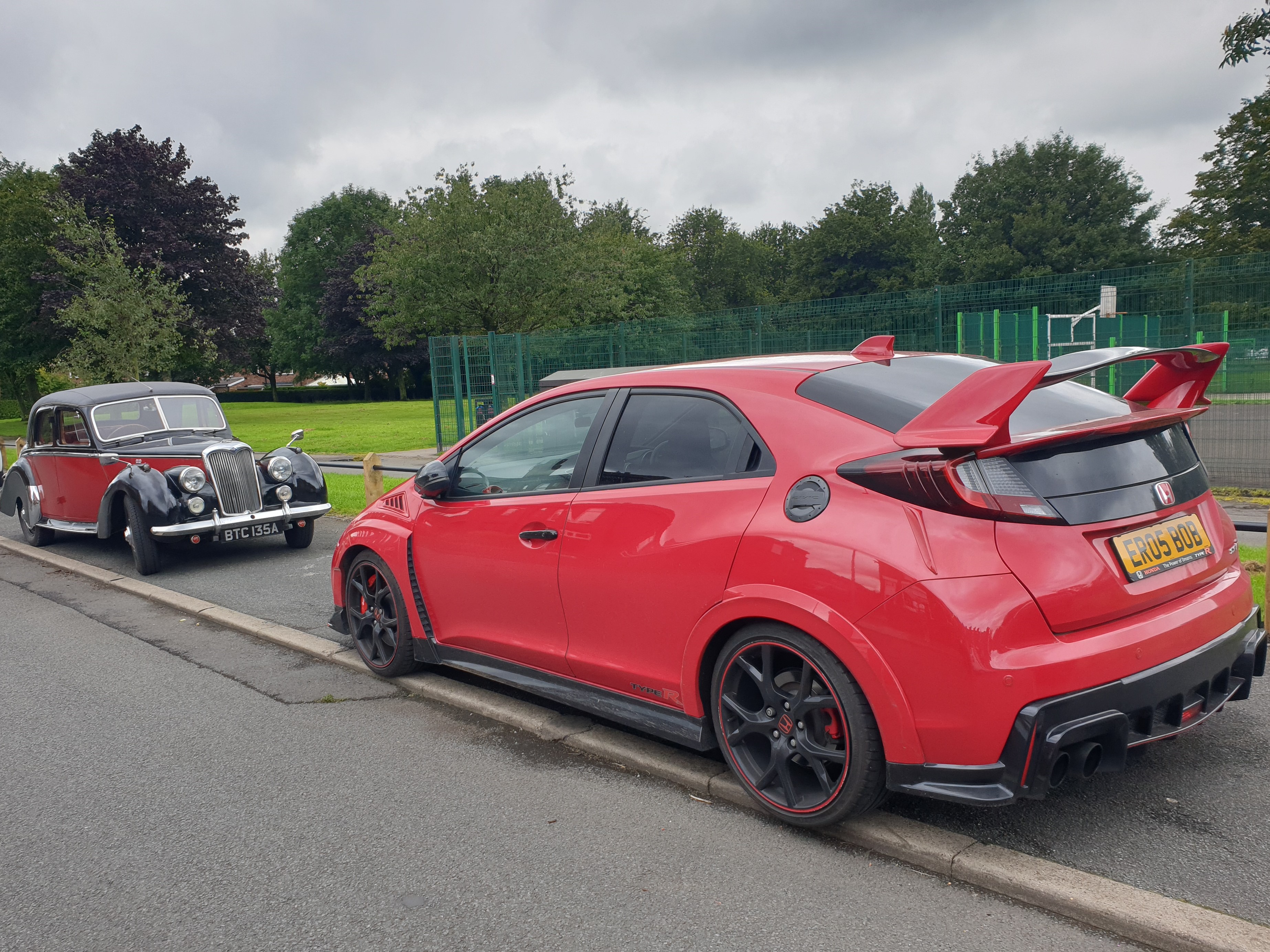 This blog has been a little quiet for a while, mainly due to my hillclimb season being cancelled due to Covid-19. There are a few events being put on now, but I was too late entering for Loton Park and now I’ve got distracted with something else. I’ve bought a new car. Or rather an old car. A 1954 Riley RME.

It’s a bit of a contrast with the Type R! 0-60 mph in the Type R is 5.5 seconds. In the RM it’s 29 seconds.  I bought it a couple of weeks ago but haven’t picked it up from Manchester yet as the owner went on holiday. I collect it this Friday if I can get to it – it’s in a local lockdown area.

A friend asked me why I had bought a ‘wedding car’ . Oh dear.  I thought I had bought a rally car.  This is an RMF in the 1954 Monte Carlo Rally. More the image I’m after.

For those unfamiliar with the RIley RM series they were designed in the thirties and due to launch in 1939 but because of the Second World War the launch was delayed until 1945. They were then produced until 1955, so mine is one of the last ones.  In essence it is a pre-war car albeit an advanced design for that decade.

My RME has a 1500cc twin cam engine, hydraulic brakes, independent front suspension and rack and pinion steering. Not too bad for a fifties car designed in the thirties. The body though is pure thirties. A steel chassis on which sits a wooden frame to which the body panels are attached.

So why a Riley RME? I had a hankering for another classic car (This blog started ten years ago when I sold my 1965 Chevrolet Corvair to buy an MX5 for hill climbing) and I wanted something I could use rather than just show. The Riley fits the bill because there is a very active Riley RM Owners’ Club, who not only put on lots of events, but manufacture all the parts needed to keep these great cars on the road. There were also budget considerations and while I still hanker after a Honda NSX, you can pick up a good 1.5 litre Riley for under ten grand.

So watch this space for some classic car adventures! The first will be driving from North-West Manchester to Kidderminster on Friday.