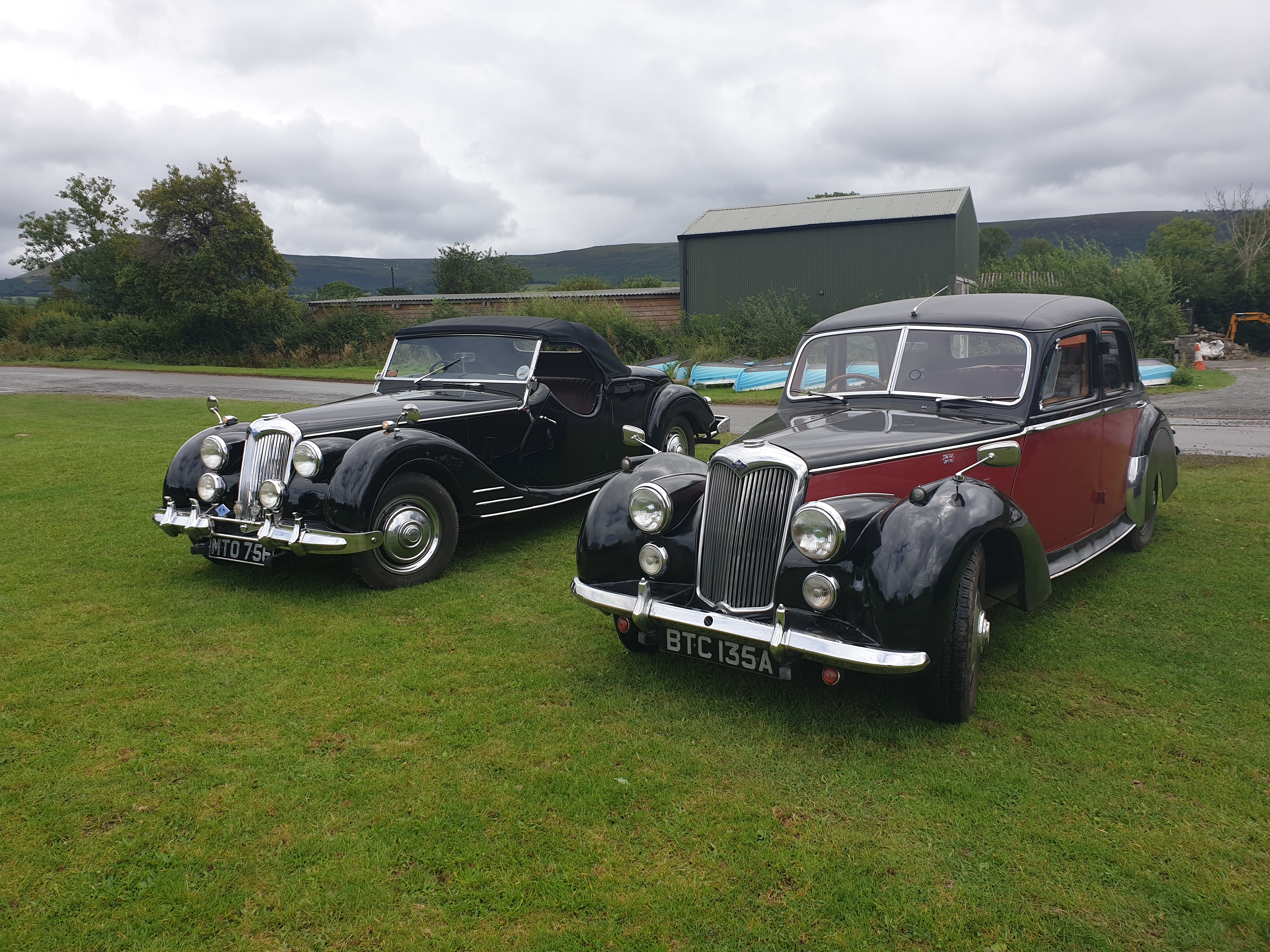 The idea was to take my mother out for a picnic. When the Riley RM was launched my mother was sixteen and when my RME was new she was twenty-five. So trafficators were nothing new to my Mum.

We drove to Brecon and wandered around a bit and I saw a Lagonda. How often do you see one of those!

We then drove to LLangorse Lake to have our picnic. I parked away from all the other cars so as to maintain a Covid-safe distance. Within minutes of arriving an old car appeared around the corner. As it came closer I realised it was another Riley! A 1950 Riley Roadster (RMC) in fact. What are the chances? It parked next to us and the owner and his wife were very friendly and we chatted about the cars.

Then an E-Type arrived. They were very friendly too. Then a Swallow Doretti! That Doretti is a 1954 model like mine but looks so much more modern – a modern-fifties whereas mine looks modern-forties. And so it went on, car after car turned up and parked up next to us.

We had arrived first, by accident, at a stop on the Usk Valley Classic Car Sunday Drive Out.

What a great picnic. I think my Mum liked it too.