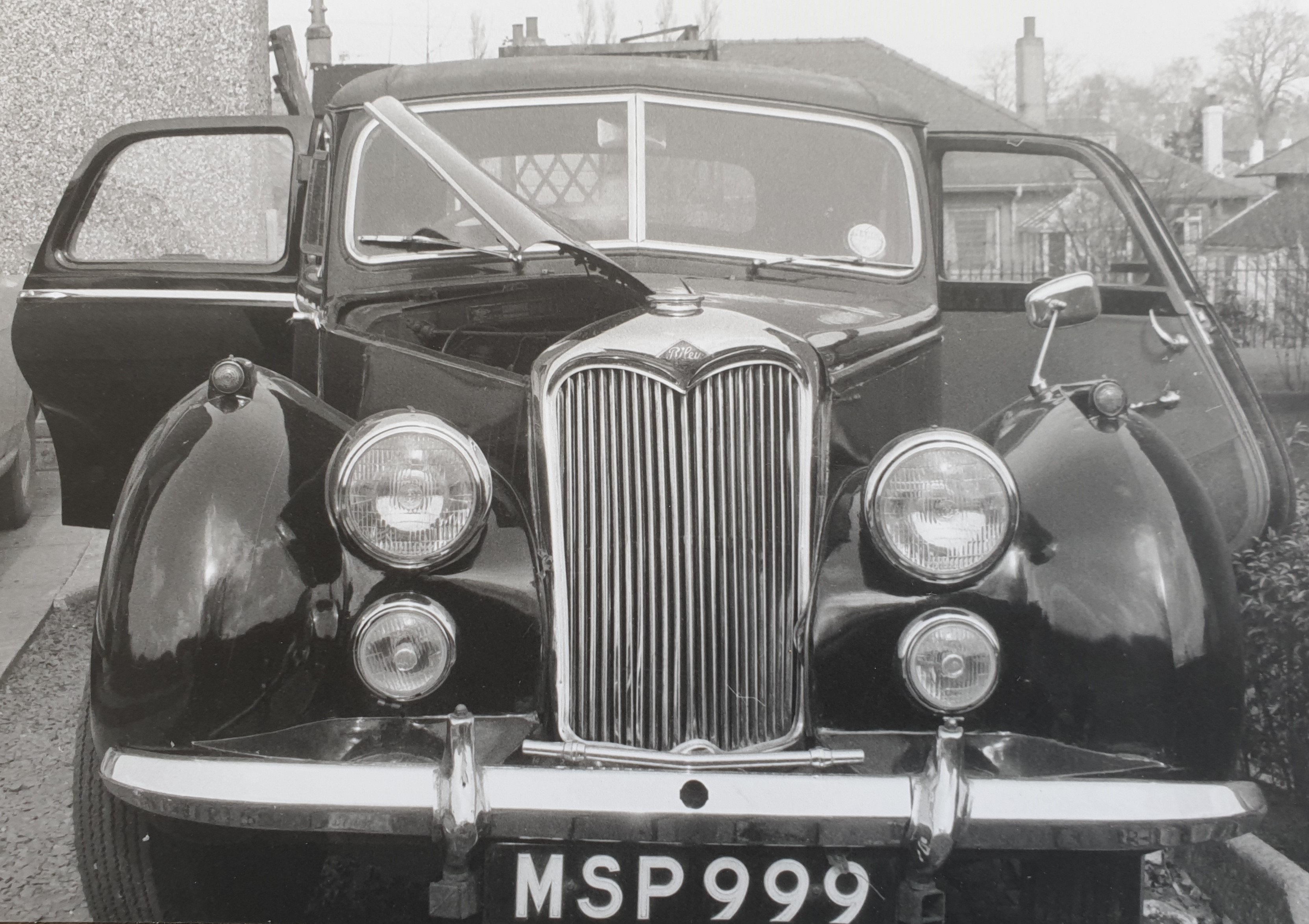 I drove the Riley down from Manchester to Kidderminster yesterday. It was a sweltering day and I decided to take the M6.  The journey was 106 miles door to door and Google Maps estimated about 2 hours 10 minutes by fastest route (M6). It took over three but not because the Riley is slow but because the motorway was so congested. Anyway, the good thing was that it did not overheat in the traffic jams and there were no fuel starvation issues, which I’ve read can occur in very hot weather.

My father was born in Hamilton, near Glasgow.  When I picked up the car, Eric gave me a pile of old photos and documents. From an old Registration Book I see that the car was originally registered in Hamilton on 26th August 1954. What a coincidence!

The car was originally registered with the number MSP999 but this was transferred to another car as a ‘cherished number’ and is now on a 2012 Mercedes-Benz E-Class.  The Riley was issued with BTC135A in exchange.  Normally a number ABC123A indicates the car was registered in 1963 and these days the DLVA will not issue plates that make a car appear newer than it is. However, when MSP999 was removed from the Riley the licensing authorities were issuing A plates regardless of when the car was first registered. So I have a 1954 car with a 1963 plate.

BTC135A is an RME model in the Riley RM Series. To me that means that it is the “Mk II” RMA. In other words a 1.5 litre RM with certain improvements like fully hydraulic brakes and with other alterations, like no running boards.  3,446 RMEs were produced in total, all at Abingdon alongside MGs. The chassis identification plate gives some more information. This car was one of 1747 produced in 1954.

When we got home I checked the oil and water and both needed topping up so we will keep an eye on these.

Today we’re taking it for a different sort of drive. A leisurely drive on A and B roads down to Ross on Wye for lunch. It should take about an hour and a quarter each way. Second drive coming up!

One thought on “Riley First Drive”