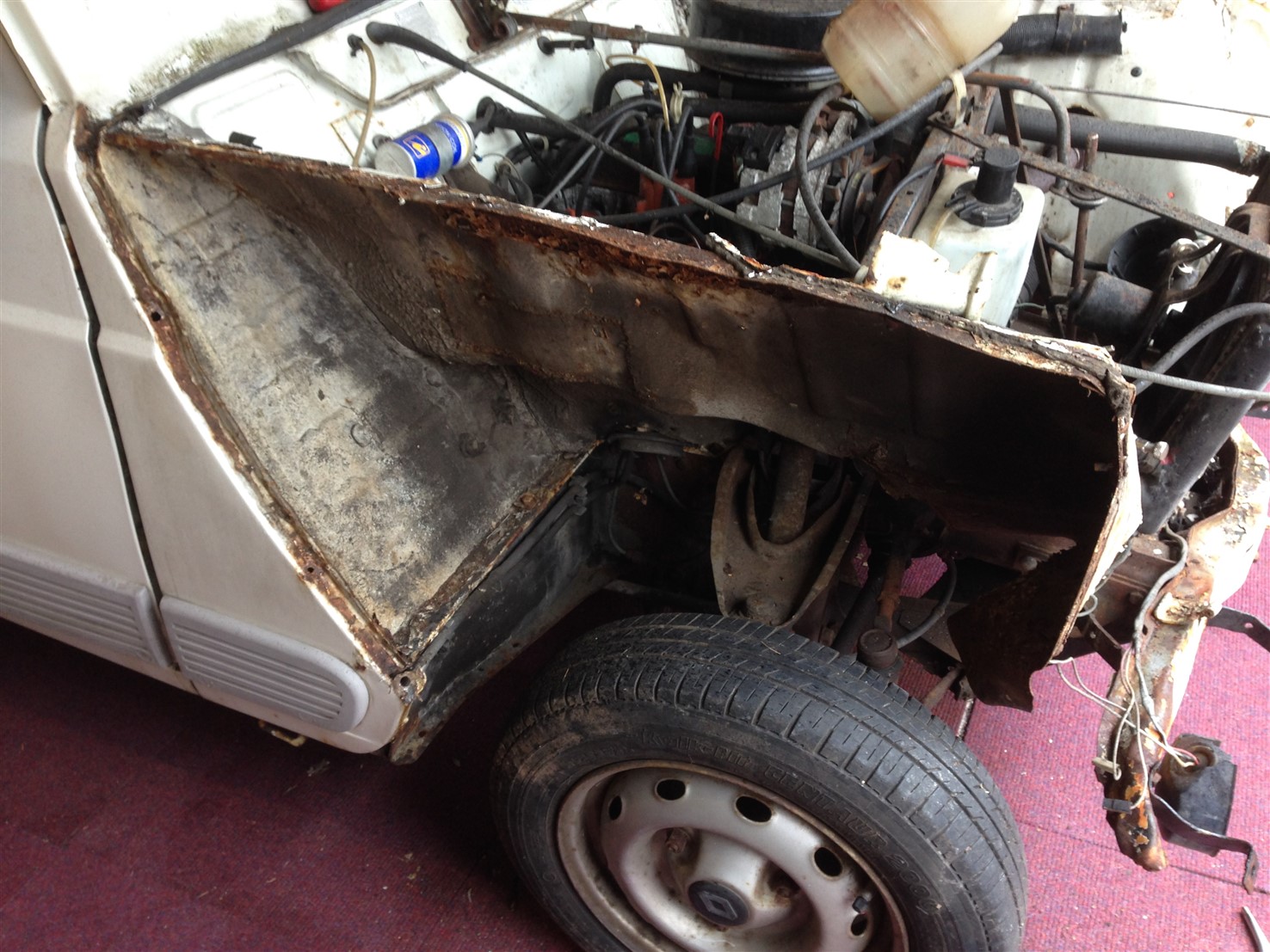 Bank holiday Monday. I thought about a walk up on Kinver Edge or a trip in the S2000, top down, into North Wales, lunch by the river in Bewdley or a day in the garden, but settled instead on removing the front wings from the Renault 4, which Jacqui has named Lou (from the number plate) but refers to as ‘that pile of ___.

It took quite a while getting the right wing off as all the fixings were rusted. The wing was no good and the inner wing is accident damaged so I took an angle grinder to some of the stubborn ones. The bottom most one was a pain though as I didn’t want to damage the triangular panel behind it. Oh, by the way, it seems I am dehusking it. I learnt that word from a French website which I was using to know where all the fixings were. I failed my O Level French but used Google Translate. Marvellous.  The inner wings are cheeks.  Anyway, I digress.

I decided not to tackle the other wing as that is good enough to save, so I am now pondering how to remove it. My son suggested a miniature cutter that goes into an electric drill and ordered me one for a fiver. Amazon now offer a one hour delivery (Amazon Prime Now it’s called) but he is not keen on increasing Amazon’s profits so I’ll have to wait a couple of days for it.  Therefore, I turned my attention to the interior and removed the rubber mats.  Under them the sound proofing (I suppose it is) was sodden and fell into messy pieces as I removed it.  However, all the floor is there, which is good (though it is not of equal thickness).

I also removed the front doors, the seat belts and the seats.

The Renault 4 is a particularly light car,  lighter even than my Elise, but the rear door is made of lead. I don’t know why Renault did this and only found out when it fell from the open position onto my head as I was removing the rear seat belts.  I decided to call it a day at that point.