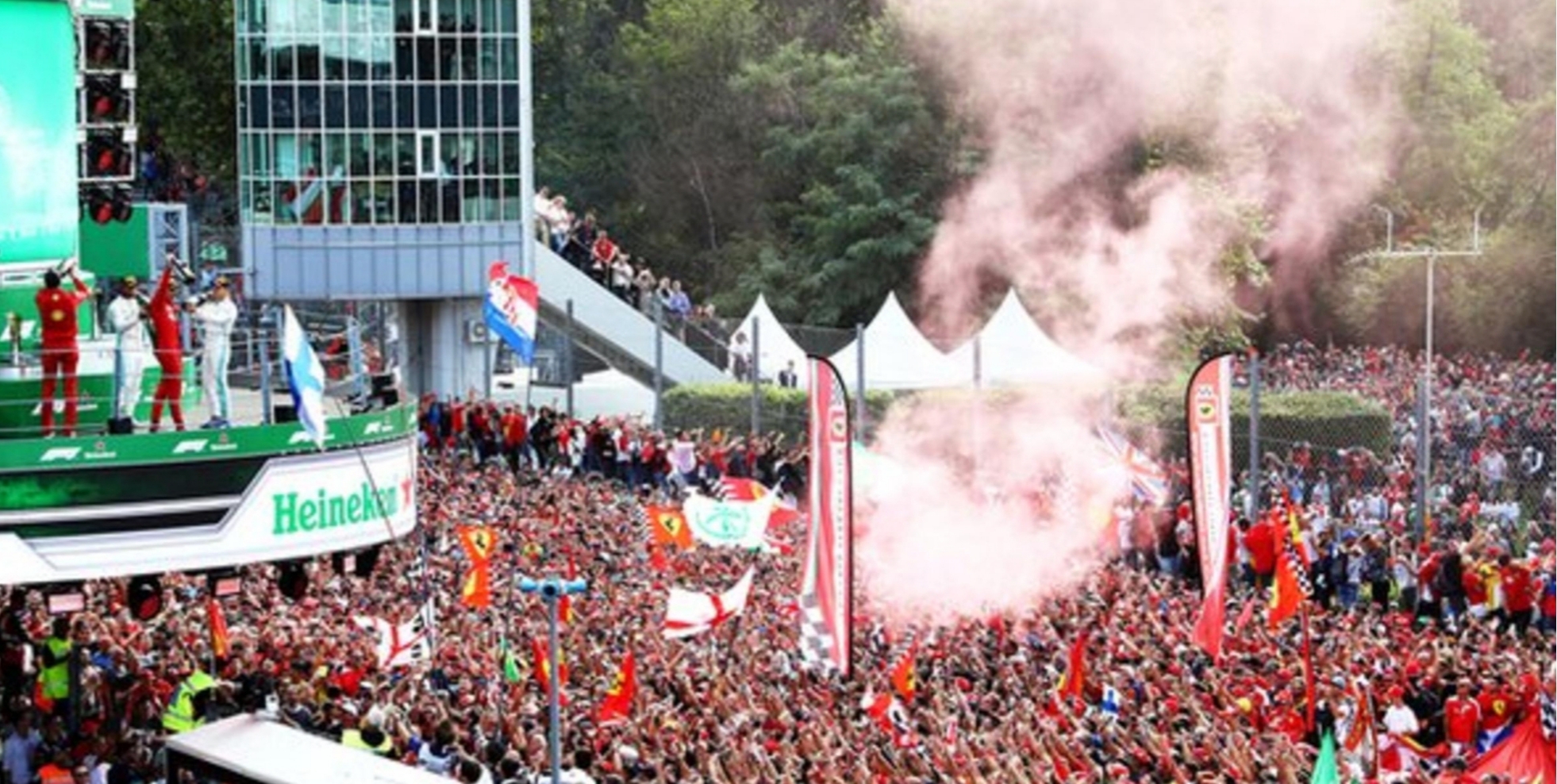 I timed my first visit to Monza perfectly. The first Ferrari victory since Alonso delighted the Tifosi back in 2010. I was hoping for a Vettel win but the tide seems to have definitely changed in favour of the young Leclerc. Another silly mistake from Vettel and a ten second penalty for taking Stroll off. How he will ever recover mentally I don’t know, but I still hope it all comes good for him. Leclerc is definitely a class act and a future champion and I was pleased to see this win. It will be talked about for years.

The weather forecast for the day was bad. Well, it was rain, which might have been good. We’ve seen how Max can drive in the wet so as he was starting from the back, a wet race might have been entertaining. However, during the night there was an almighty storm. Thunder and lightning and lots of rain. My little tent proved completely waterproof and when I peeked out on race day morning, it was a nice day and so it continued.

Organisation at Monza is daft. For our protection, I guess, they had a security check as soon as you entered the circuit. Here they confiscated the screw tops of all water bottles, meaning people had to gulp down some water and throw the bottles away and carry an empty rucksack around all day. Flag poles were also taken. Yet inside people had smoke canisters and there were lots of flag poles! I learnt these lessons on the Saturday and turned up on Sunday with nothing more than my wallet and phone. Beers were 8 euros as was food. You bought two 8 euro tokens and could get a beer and a choice of paninis and burgers. Seemed reasonable to me as I hate having to lug around a bag.

However, the queue to get into the circuit was crazy. Everybody was patient and good natured but we were all coralled into this street to shuffle down to the entrance gate. That’s where a terrorist would strike, not inside. Not after the bottle top check.

Anyway, enough moaning. I was really pleased to have witnessed a Ferrari win at Monza, a track with so much history. Jacqui and I recently read ‘The Limit’ by Michael Cannell about the rivalry between Phil Hill, the working class American mechanic and Von Trips the aristocratic German. It’s much more than a motor racing book and I’d wholeheartedly recommend it to anyone. Anyway, it was at Monza that that rivalry tragically came to an end when Von Tripps and about fifteen spectators lost their lives. It was constantly in my thoughts.

I didn’t take many photos as I was saving my phone battery for live commentary, but here are a few I did take.

We awoke to blue skies.

Can you see how far back this crowd goes!

And ahead of us too!

I met one of my heroes! The ice man.

I didn’t have a grandstand ticket but there were lots of places to watch from with a general admission ticket.