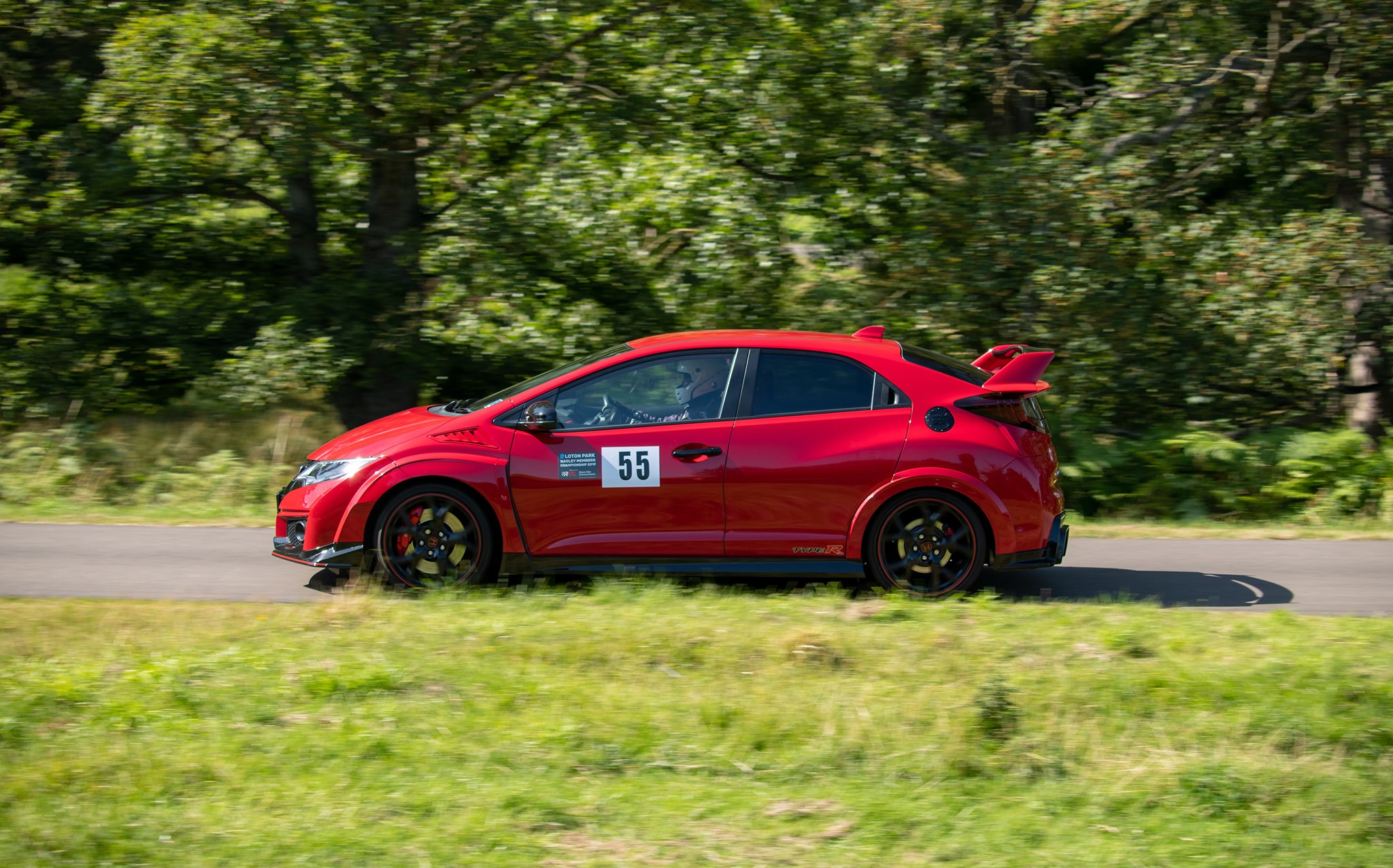 I returned with the Civic Type R to Loton Park today to see if I could better my PB (personal best time) in this car of 64.34 (set yesterday) and managed to do it on the first practice run.

To further improve I tried various things but all three subsequent runs were too scrappy and all were slower than this and like yesterday I finished 7th in class. However, I am greatly encouraged that I’ve got it down to this time on List 1 A tyres against some formidable four wheel drive cars on track day tyres.

It was a great day’s motorsport and as always very well organised by Hagley & District Light Car Club and made possible by a large number of dedicated and friendly volunteers.   However, in a sport that is so focused and dependant on timing to a hundredth of a second, it was a shame that the timing company could not produce a full compliment of reliable timings and speeds.  I did eight runs up the hill this weekend and there are so many missing times when you look at all the figures on resultsman. It’s very frustrating when you keep a log of your times and want to know where you can improve. Today my time on every run up the Cedar Straight was 3 mph and sometimes I got to  Keepers after I recorded a time for Cedar.

The image at the top of the page is by Richard Dickens and was published along with lots of other great photos of yesterday’s event on the Loton Park Hill Climb (Un-Official) Facebook page.