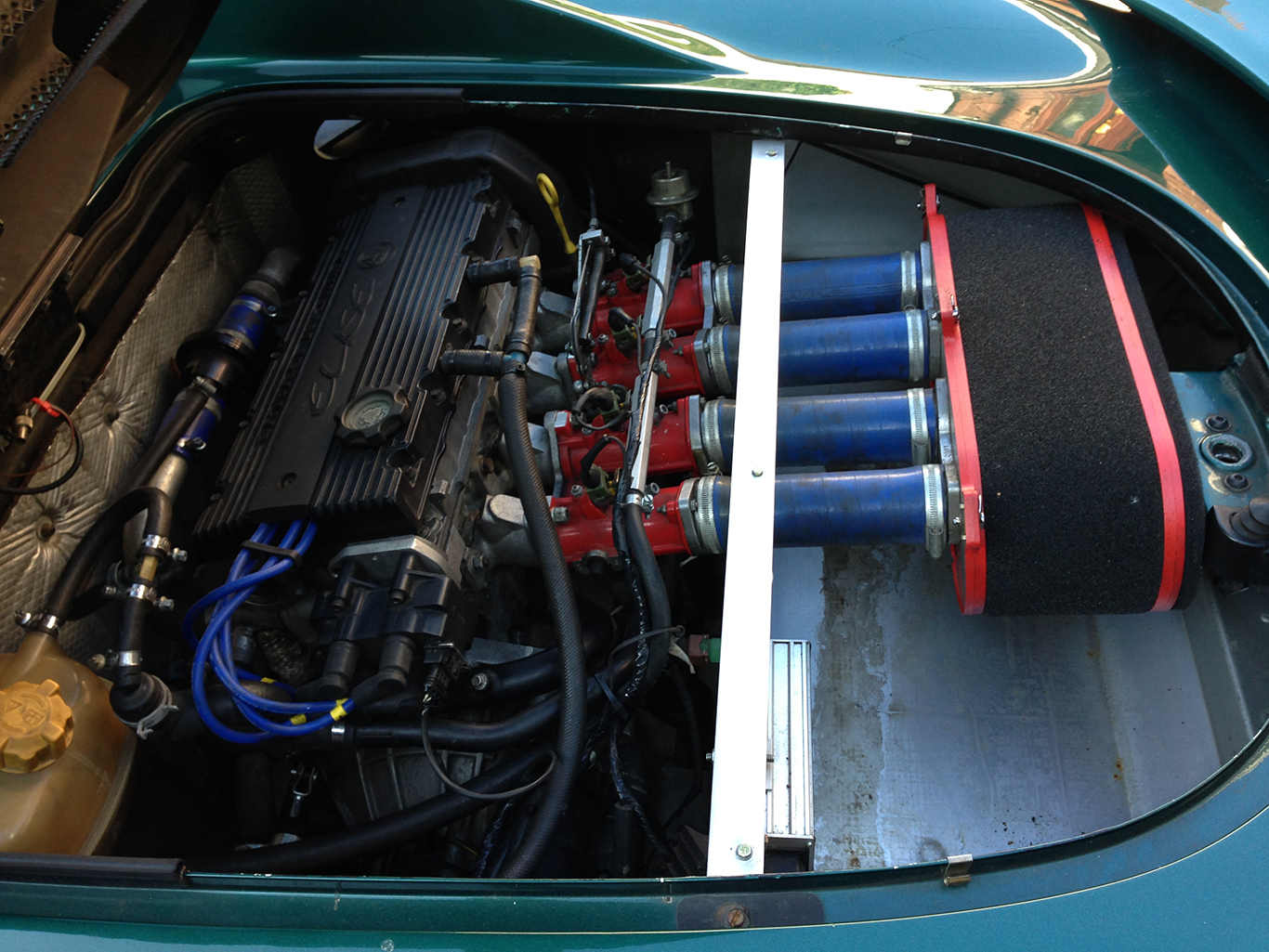 However, it got me to and from Loton twice this weekend – an hour’s trip each way from Kinver, and performed faultlessly on the hill.

This was a two day meeting, a format which seems to me to be universally disliked around the paddock (at least by those I speak to). We had three practice runs on the Saturday and two competition runs on the Sunday. My first was at about 08.45 and then my second was hours later, after lunch.  It was good chatting to people throughout the day, but I would rather have had more runs, especially as I did a PB of 60.21 on my second run and the conditions were perfect for another try at a sub 60 second time.

It was a round of the Paul Matty Sports Car Championship so there were lots of Lotus entered and I was pleased to record a faster time than any of the other Elises or Exiges and to pick up the class win.

It was a beautiful sunny day and everything in the deer park was very green, though not Tony Adams’ and Paul Jones’ Elise. Their green Exige still wasn’t running properly so they were out in a silver Elise S2. Here’s Tony coming around Triangle.

However, despite a terrific day I’ve decided to sell my Elise after the Saint Goueno event at the end of May and get something a bit cheaper and a bit more practical for the road or maybe share a drive if anyone offers. We’ll see.

This was the first event that I’ve worn my new HANS device in.  When trying to connect it to the helmet at home I was finding it difficult, especially when sitting in the car, but Graeme Williamson gave me some useful advice at the last Loton event – keep it tethered and put the whole thing on together.  That worked a treat and I was able to get in the car with it on and do up my harness without assistance.

One reason for selling the Elise will seem crazy to many people (especially as it’s now got so many new parts in it), but I have my new baby to look after and I need to buy some tools and new parts and it all costs money. Here she is… as you can see I have not been idle.

Maybe I should find a Gordini engine for it and enter La Vie En Bleu at Prescott. Only kidding.

I was going to write up the restoration on this blog, but have decided not to do that, but to write it up in the Projects section on Clementine’s Renault 4 Garage’s forum as there are lots of very knowledgeable Renault 4 people over there who can give me advice.  So if you want to see a blow by blow account of what’s going on and look at lots of oily and rusty things, here is the link – 1985 GTL C840LEW.