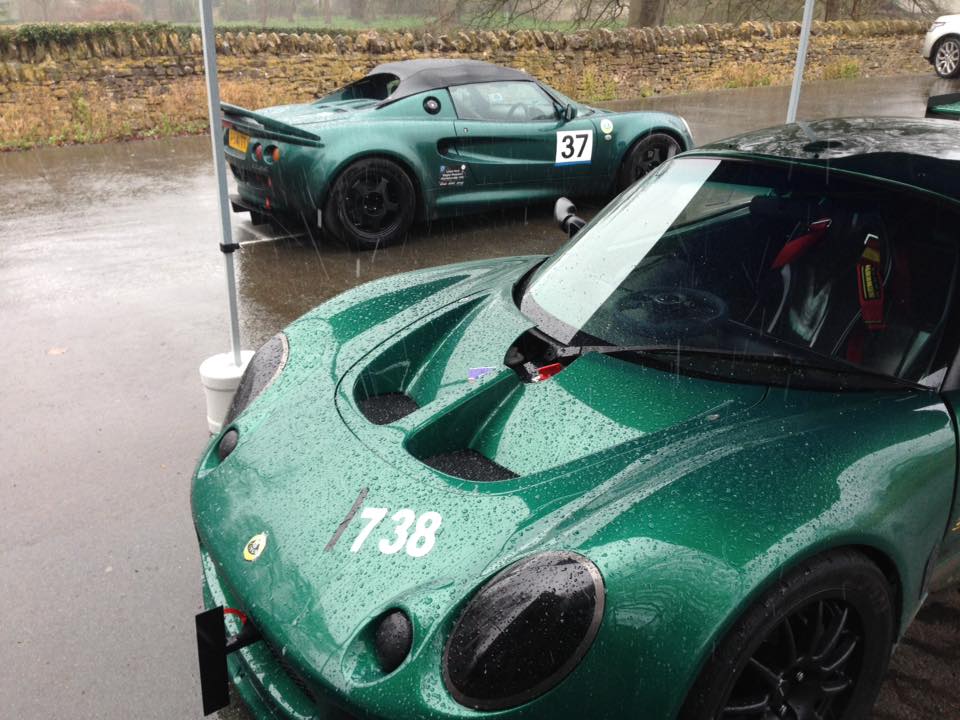 Members of Hagley & District LIght Car Club are offered two members’ only practice days before the first Loton competition and I booked myself a place on the second day, Easter Sunday. It was  cold, wet and windy but it was good to be back at Loton Park and we had eight runs up the hill.  There were six Lotus present – four roadgoing – myself, Jonathan Bibby (who for the last couple of years has been in an MG ZR160) in a standard Elise S1, Chris Westwood  in his Elise 111R and Mike Henney in his classic Elan, and two Modified Production cars – Sarah Bosworth in her Elise S1 and Tony Adams and Paul Jones in their Elise Motorsport car.

I was happy with my times in the wet (best of 66.52) and with the fact that I didn’t have any excursions onto the grass, but on the drive home I sensed something wasn’t quite right with the Lotus. Yesterday it was nice and sunny when I got home from work so took it around the lanes to check it out. It soon became apparent that it was not wheelspin on a wet road I was feeling but a slipping clutch and the thing gave out completely on a bend on a steep hill. I pushed it into someone’s garden and had to go home and get the trailer. I’m off to Brands tomorrow to watch the first round of the Ginetta GT4 SuperCup so the car’s booked into Aldon’s on Monday. More expense and we haven’t even started the season yet!

It was good to see Rob MacDonald and Gail again and Rob, as usual, had his camera with him.  Here are two of his photos.

Dave West, of Allswage UK, who are sponsoring this year’s Loton Championship, was offering free corner weight measurements and I had the Elise weighed. Slightly heavier than when I bought it but still pretty light – 718 kg.

Heading up Cedar Straight. It wasn’t raining at this point, but you can see the rivulets at the edge of the track heading in the other direction.

My first competitive event is on 16 April so there’s plenty of time to get it all sorted out. I hope.