To Italy and Back Day 14 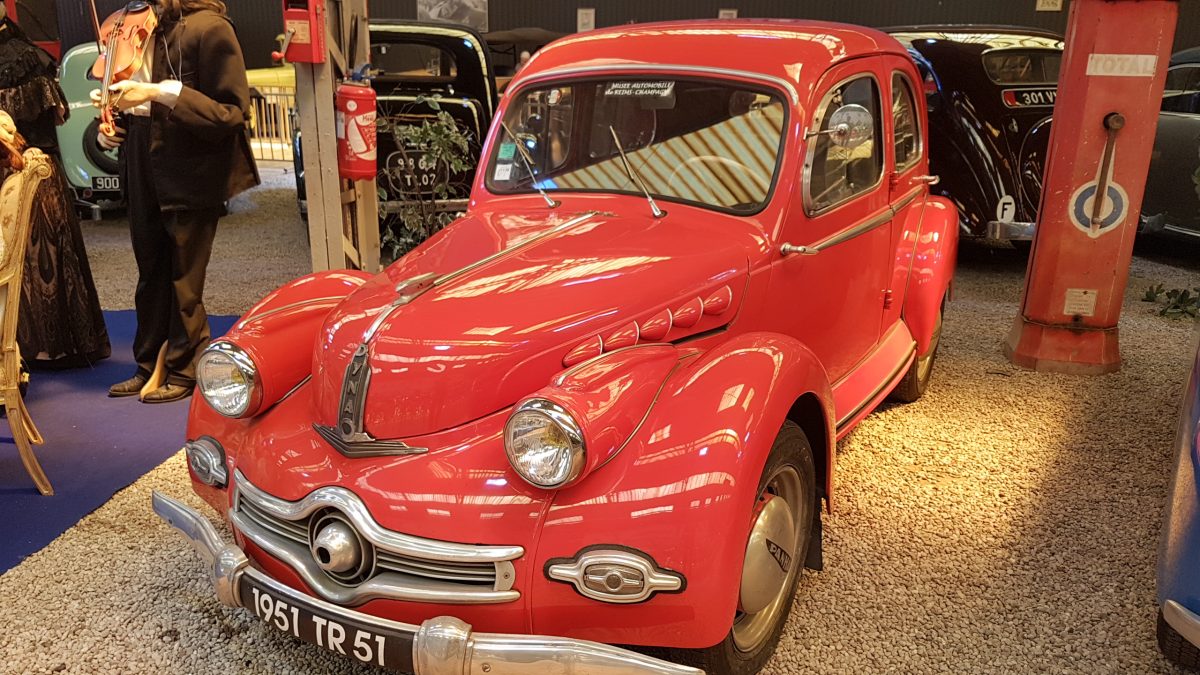 We had parked our car in the street near the hotel in Nancy. This was the first time we had not used a secure hotel car parking space. When we went to it this morning someone had written a message and put it on the screen saying how amazing it was. Very odd but nice. We still have not seen a single GT86 in France on the four trips we’ve made here.

From Nancy we drove back to Reims where we had found the old Grand Prix Circuit on Day 1 as we wanted to visit the small motor museum there. It’s a far cry from the large collections we’ve seen recently, mainly French cars and bikes and no translations or video tours. However, the lady who ran it was very friendly and welcoming and I like these sorts of places a lot. Sometimes you find real gems in them.

Jacqui now wants one of these. A Pininfarina designed Peugeot 504 two door coupe.

Which is odd as she’s been saying all holiday she’s going to get a Panda 4×4.

Every other car in Italy was a Panda and as I now have a Panda 100HP I’ve been particularly interested. Expect a blog post soon about these fantastic little cars.

I learnt to drive in a Dauphine.

From Reims we travelled north to Calais and were first on our train through the Tunnel.

It’s been another great roadtrip in the GT86. 2,755 miles and an average fuel consumption of 34.9 mpg. It seems like the perfect car for us.