To Italy and Back Day 11 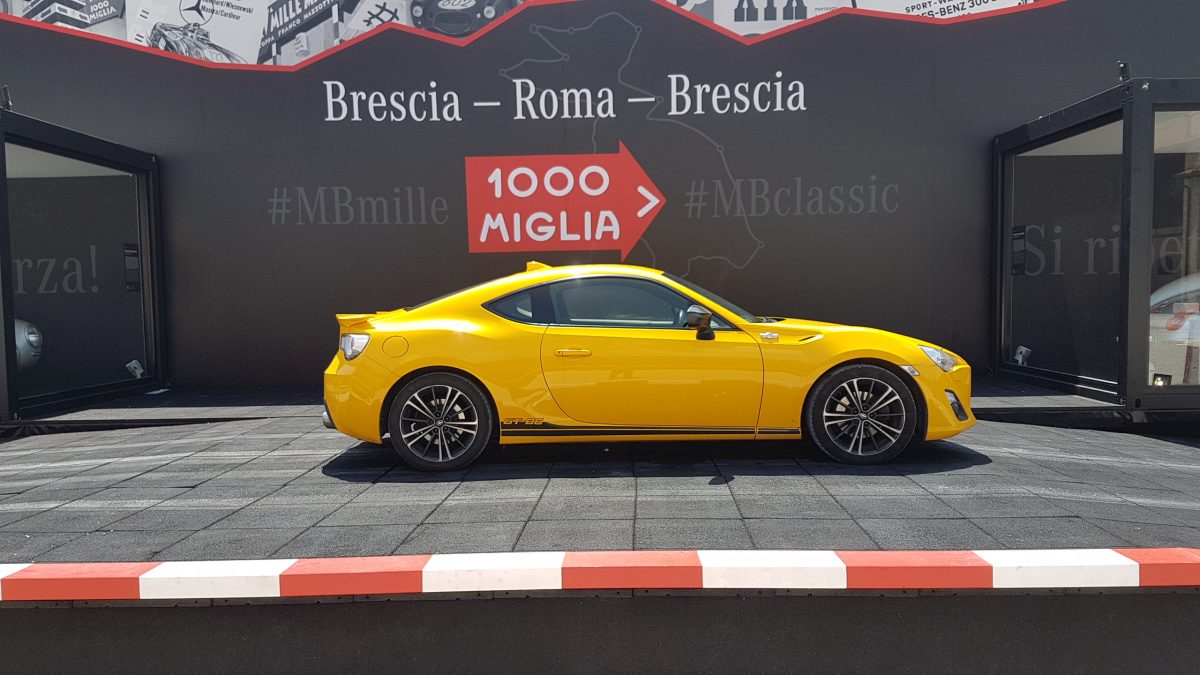 The air was very heavy and the sky dark and foreboding over Lake Garda when we awoke this morning and we could hear the rumbling of thunder for a good hour before the rain started. By that time we were half way around the lake and it was torrential.

After completing the drive around the lake we headed west towards Bergamo but because of flooding or accidents, we don’t know, the two roads we tried were closed by the police. So we returned to the lake for lunch.

By the time we had finished, the rain had stopped and we found the road open. Next stop Brescia.

Regular readers of this blog will remember that a few years ago we went to Sicily and drove the Targa Florio course. The other big Italian road race was the thousand mile Mille Miglia which went to Rome but started and finished in Brescia. There is an excellent museum in Brescia…

Then we headed towards Lake Como. On arrival I drove on to Cernobbio (south west bank) and then we took what turned out to be a very wrong turn.

An hour later we were very high up on a very narrow, very very windy road. I can’t even find it on the map. And it started raining. Thunder and Lightning. Darkening fast. And then a truck appeared in front of us carrying logs.

It’s not the first time I’ve got myself in such a position – having to reverse and then turn around on a mountain road with interesting drops.

The plan had been to find a cheap hotel as this is Day 11 and money is fast running out. However, we decided if we made it down to the lake again in one piece, we’d take the first hotel that presented itself. And so I find myself relaxing in a very pleasant bar writing this while it pours with rain outside. I have no photos of the mountain we’ve just ascended and descended as there was no opportunity to stop for pics. So I’ll leave you with one I took last night at Lake Garda.

Now there’s a lady who really knows how to relax.