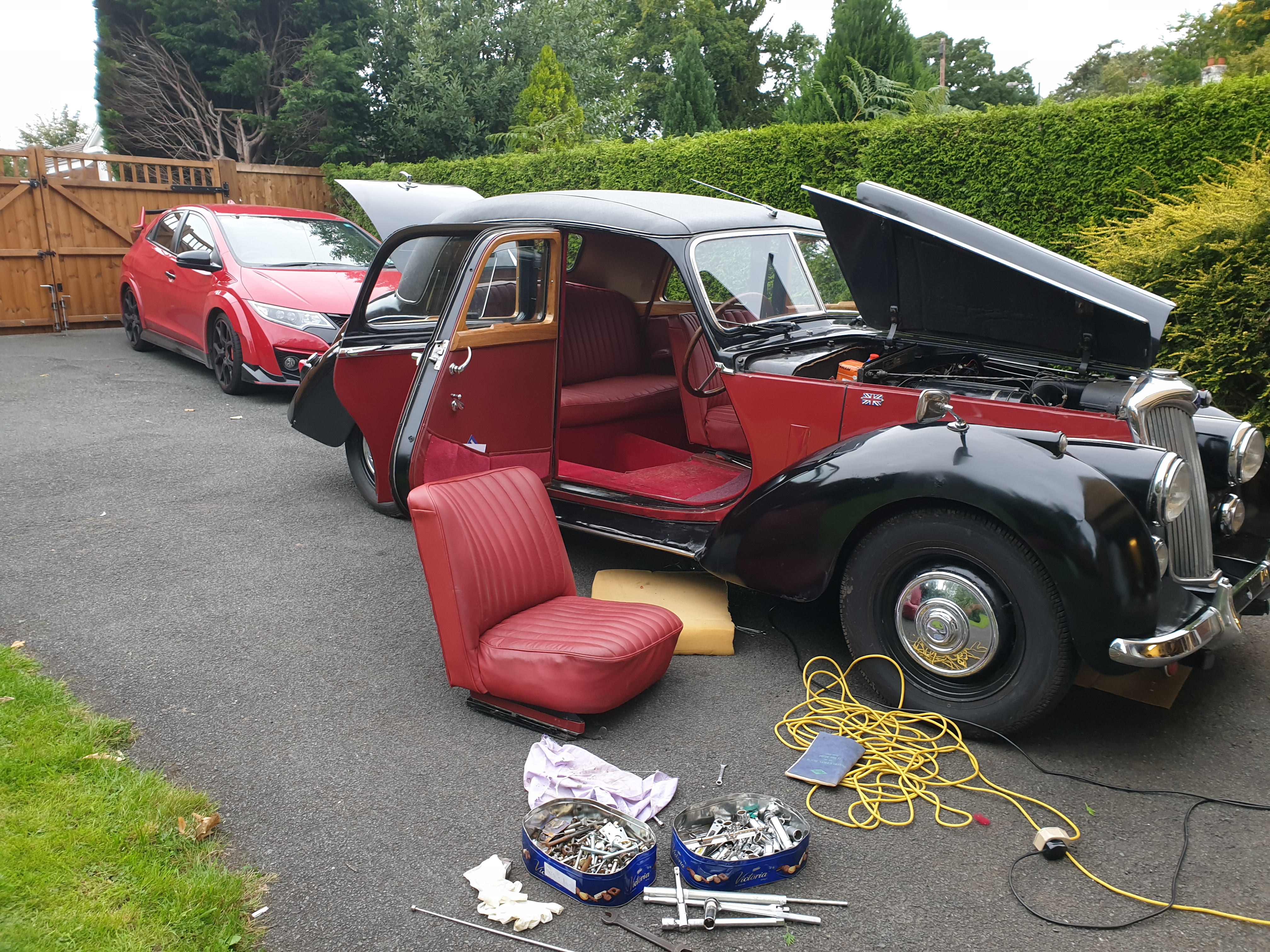 The original number of my car was MSP 999 and I was hoping they would reassign a similar number. No such luck. They will still assign an “A” plate even though it goes against one of their own rules, which is that you cannot have a registration number that makes the car appear newer than it is. I pointed out that  this is what has happened, but they said they only have A plates to re-assign. Oh, well, I tried. Maybe I will buy a more appropriate number in due course if i see something interesting.

The seats have never slid on their runners properly (and consequently Jacqui has not yet driven the car) so I removed the driver’s seat this afternoon to investigate. I think the previous owner had added a wooden block  to raise the seat, which may explain why I kept hitting my head when entering the car and why the steering wheel touched my legs. I also suspect some part of the sliding mechanism is missing, so am trying to find some drawings to confirm. All part of “getting to know your car” 🙂

There also appears to be nothing connecting left and right runners – nothing to lock the left side into position.

I now have the seat back in and it slides nicely. Apparently there was never a mechanism to lock the inner slider to the track, so nothing is missing. Without the tapered wooden spacers the driving position is very laid back and I can see why the previous owner added them. I might even put them back, but will drive it around for a bit before deciding. It’s a tricky job to do on your own as you have to stop the bolts from turning in the car while lying under it doing up the nuts. Calls for a bit of creativity 🙂