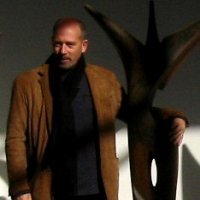 My name is Bob Ridge-Stearn and I live in Kidderminter in the West Midlands and work in a university in the educational technology field. For many years I lived and worked in Abu Dhabi in the UAE where I enjoyed desert driving in a string of 4x4s.  In the late 1970s I used to race a 500cc Kawasaki two-stroke triple motorcycle without any success at all.  In this blog I’ll describe what happens when I take up hill climbing and sprinting in a twenty year old Mazda MX5. [2009]

Update Nov 2012 –  I have now sold the Mazda and have a Van Diemen Formula Ford.

Update January 2018 – Now I have a Toyota GT86 which I competed with in the Loton Park Championship in 2017 and a few rounds of the Toyota Sprint Series.

2019 – Traded the GT86 for a Honda Civic Type R which I use as an everyday car and also for hillclimbing.